For the safety of our guests and community, and in compliance with best practices for social distancing, the World’s Largest Kaleidoscope will be closed until further notice.

“BEAUTY WITHOUT EXPRESSION IS BORING” 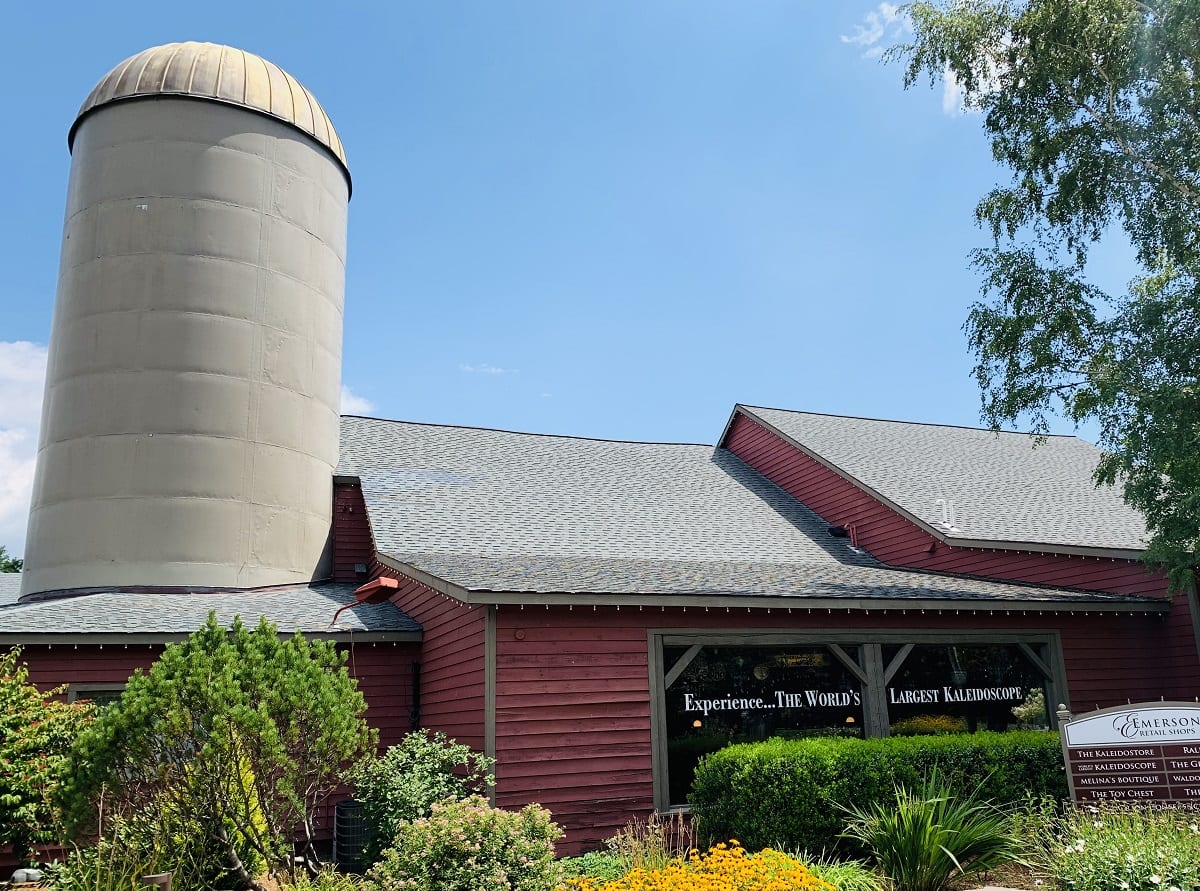 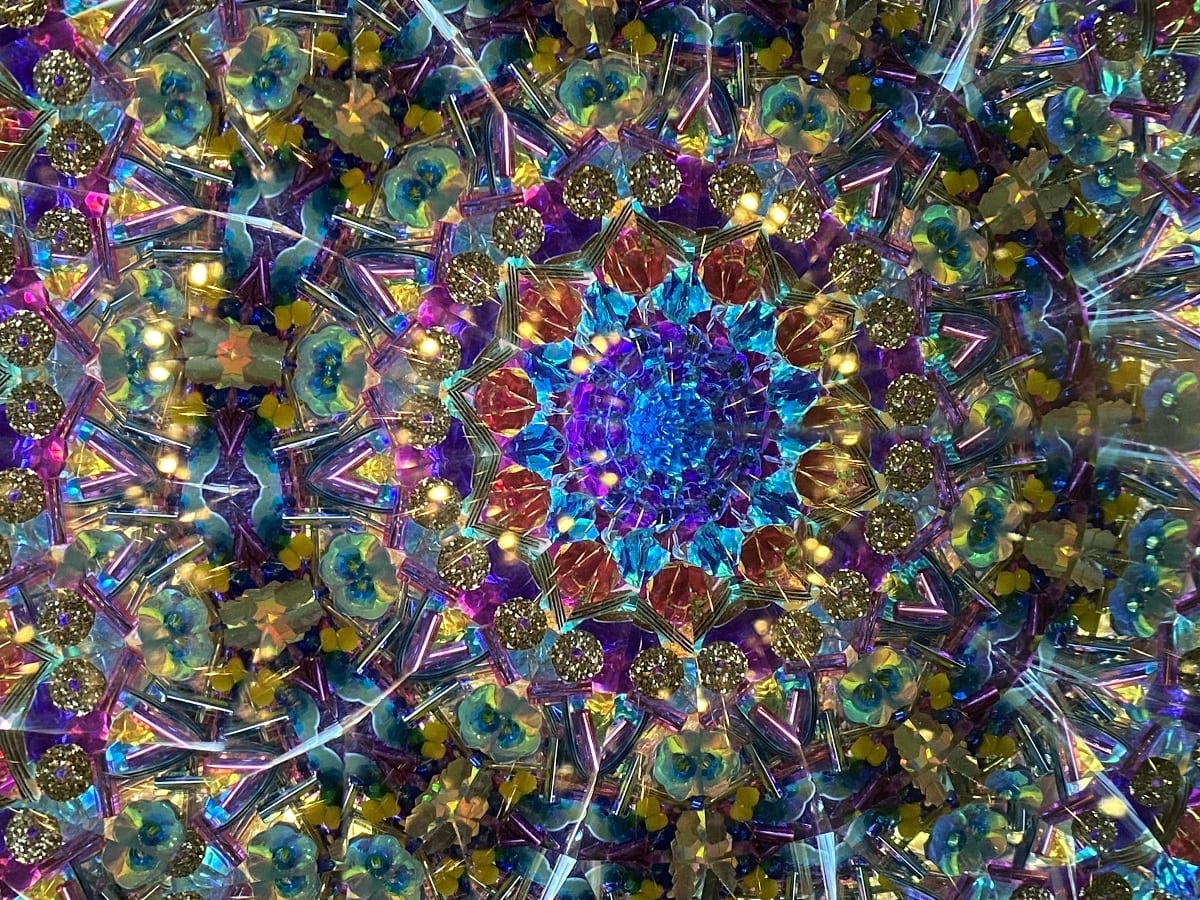 Standing 60 feet tall and 37.5 feet in diameter, the silo from the Riseley Flats Farm was transformed into the World’s Largest Kaleidoscope.  The adjacent barn was built in 1860 and features The Shops at Emerson.

Recorded by the Guinness Book of World Records as the World’s Largest Kaleidoscope in 1997, the Kaleidoscope was designed by award-winning kaleidoscope artist Charles Karadimos.  Original Kaleidoshows were created and designed by psychedelic art pioneer Isaac Abrams and his son Raphael, a computer artist.  Surround sound and a musical score was added by composer and drummer Gary Burke. For the 20th Anniversary of the Kaleidoscope in 2016, a new show was created by Alicia Ramirez, Shea Johnson and Austin Johnson.

Experience the World’s Largest Kaleidoscope with the Kaleidoshow.  The Kaleidoshow is a visual and sound experience for all ages within the silo and viewed from the bottom up.  Through tapered mirrors, the Kaleidoshow images are transformed into fractal figures and the storytelling begins.  To view the show you can lie on the floor or lean against the wall.

Whether you are a collector or just an admirer of the beauty and form of kaleidoscopes, we invite you to visit us.  Learn more about the history of kaleidoscopes, the artists who create them and the mirrored structures that generate them. Our store offers scopes made of turned wood, veneer wood, brass, chrome, marble and glass.  The scopes are filled with all sorts of objects, some suspended in oil and some with interchangeable parts – all of which are works of art.  Scopes are signed by the artist and many are one of a kind.

Private classes are available upon request.